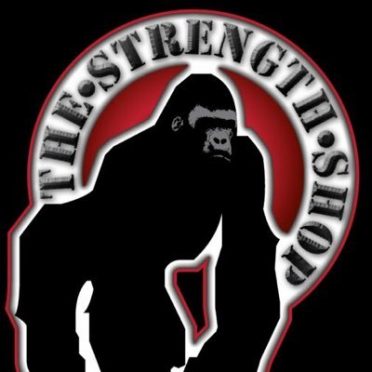 Imagine if you had the opportunity to cross your childhood passion with your current profession—and you will hopefully have an appreciation for my excitement at receiving news that weightlifting guru Matt Wichlinski was taking private appointments, and I was lucky enough to be one of them!

For those who don’t follow pro wrestling, Wichlinski was the Head Strength and Conditioning Coach for World Wrestling Entertainment—the top of the heap in that industry. His programs, based on “athletic aestheticism”  have helped many athletes who are now touring worldwide as elites of the WWE roster, like Sasha Banks, Becky Lynch, Seth Rollins and Finn Balor, to name a few.

Coach Matt and I agreed on a 2 session package that would allow me to work with him once at The Strength Shop (his private house of pain) and once in my studio. (As of this writing, we have agreed on a third session, so as to fully experience all 3 phases of his training program).

The Strength Shop: Where the Pros Go

My first session at The Strength Shop, or TSS, was a brutal size workout for back and biceps that left my entire upper posterior feeling massively swollen! Combining a great mixture of isolation and compound exercises, Coach Matt made sure every angle of my back had some sort of stress put on it. To further ensure every pulling muscle in my upper body was fried, Wichlinski added PREACHER CURLS into the mix!! I left The Strength Shop feeling like a warrior…albeit one with the inability to wipe his own butt. Lifting on the same equipment that Billy Gunn uses definitely encourages one to grunt out a few extra reps, like the New Age Outlaw himself does here almost daily.

[“Athletic Aestheticism” as Coach Matt terms it, is a program based on 3 major phases: strength, stamina and size. The 3 “S’s” are those elements most critical to the success of professional wrestlers, and are cycled through periodically throughout the overall program. Wichlinski then selects exercises for effectiveness based on the overall phase being worked.]

The well-worn whiteboard at The Strength Shop 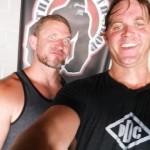 Our next meeting took place at my studio and was a legs (yikes!) session designed for stamina. Since maximum fat burning and muscle fatigue are desired in this phase, Coach Matt set up several light supersets, with the goal of about 1 minute for each individual set. (Works out to about 15-20 reps per set). Through Landmine Squats, Bulgarian Split Squats, Laying Leg Curls and others, my legs were worked to absolute exhaustion and screamed to my mind to throw in the towel…which it did! After an incomplete superset of calves raises and landmine straight, single-leg deadlifts brought my session to a screeching halt, Coach Matt and I used the rest of our time to breakdown the session– something he does with all of his athletes. (Although, admittedly, our post-workout debriefing would come over a few cold Moosehead Lagers—a luxury not all are privy to enjoy)!

Episode III, Revenge of the Strength

As I mentioned earlier, Coach Matt uses a 3 phased program—which means two sessions with him is unlikely to give trainees an appreciation for the full spectrum of his philosophy. So, I believe we will be having a third lift in the next few weeks, this time focused on strength training the chest and arms.  This might be every guy’s ultimate session: a big time chest workout with the kind of coach who not only knows how to smash the pecs with movements, but can also help spot the type of weights needed to bring out the barrel-chested lumberjack in everyone!

Be sure to check back here for the update and some new pics!

Also be sure to follow Matt’s social media channels for top-level advice that’s easy to understand and implement.

Listen to our conversation with Matt Wichlinski 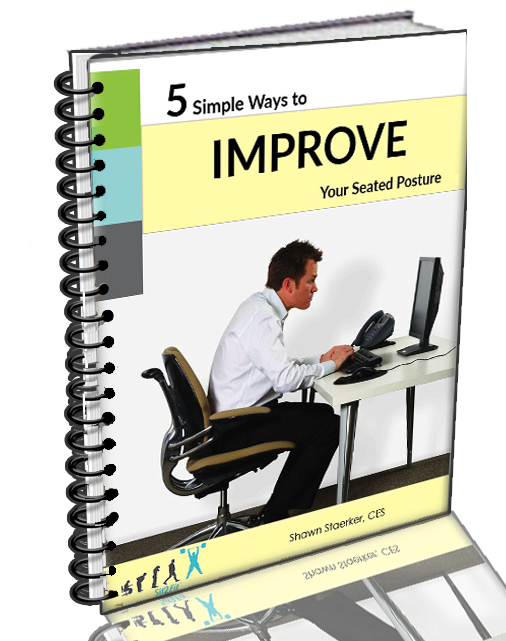 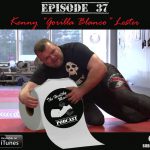